How to find cheap train tickets

If you want to buy cheap European train tickets, then beware that it isn’t always easy. It can require quite a bit of organisation and planning, plus some insider knowledge. Overall, the most important aspect is knowing when to book, especially as you only have a limited time frame before they sell out! 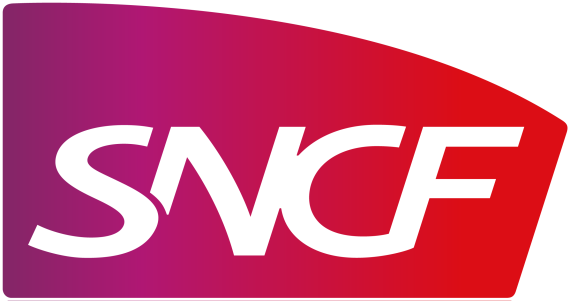 The super cheap French train tickets are called Prem’s and are extremely popular. For this reason they do sell out incredibly fast so you have to book really, really well in advance. They are strictly non-refundable and not exchangeable. So triple check everything before booking!

You will find these cheap train tickets for all TGV (French:  train grande vitesse), Intercités and TER trains. They offer a super comfortable and enjoyable trip (especially the TGV), regardless of your seating class. Plus, the majority of French cities are connected by a TGV network and at least an Intercité or TER train. As these cheap TGV fares are extremely quick to sell out, it is always best to mark a date in your calendar for the earliest possible date to book, so you can get your hands on these bargain prices. Even though they are not refundable or exchangeable, these French train tickets are definitely worth it.

If you are quick to book, you will easily be able to find cheap Thalys tickets. Though you will of course have to mark a date in your calendar so you can secure these tickets early. Just remember, they are always non-refundable and not exchangeable.

Where: Paris - Brussels - Cologne - Amsterdam and many other cities

Only a very limited amount of cheap tickets are released, so it is really important that you book right when the ticket sales open. Thalys serves a host of big-name cities such as Brussels, Cologne, Paris and Amsterdam. It travels at an average of 300km per hour and also offers wifi on board, so you can travel from  Paris to Amsterdam in just a little over 3.5 hours whilst staying connected. We also have one big insider tip for you! It is always wise to compare your Thalys prices with the Deutsche Bahn ICE prices, when booking certain routes from Germany, such as Cologne - Brussels. The ICE Saver Fare (listed at the bottom) can be super competitive!

Eurostar tickets are always in demand. Being able to hop across the English Channel in under two hours never gets old! That’s why Eurostar releases some extremely cheap train tickets. The Paris - London Eurostar service is one of the most popular (and frequently running) services. Of course this means that it never hurts to book your tickets well in advance.

If you buy well in advance you can really benefit from these cheap Eurostar train tickets, which serve a variety of locations in the UK and mainland Europe. Eurostar trains depart and arrive from London St Pancras, Ebbsfleet and Ashford International, Calais-Fréthun, Lille, Brussels, Disneyland and Paris Gare du Nord and then offer connections to many other destinations. But wait! Just before you think you have read it all, Eurostar also offers some great summer deals. Every year direct tickets to and from Avignon come on sale during the summer months. This means you can book a hassle-free direct ticket from London to Avignon. Just read this article to see a list of prices and how to book these tickets.

The coolest kid on the block is the brand-spanking-new Renfe-SNCF cooperation line which runs direct trains from Paris to Barcelona daily. You can buy super cheap train tickets from Paris to Barcelona (and the several other cities along the way) if you book in advance! The best part is that 75% (within 7 days prior to departure) of the ticket price is refundable or exchangeable!Price: starts from €39 one-way (depending on your departure station)

Where: Paris - Barcelona and a many other cities.

This newly opened train line has become incredibly popular in the past few months. Everyone is super eager to buy cheap train tickets and speed from Paris to Barcelona in just 6.5 hours. The service usually operates 4 times daily, departing from various cities such as Paris, Lyon, Montpellier, Narbonne, Toulouse and Perpignan.  Click here to see a complete route map of the Paris - Barcelona line. 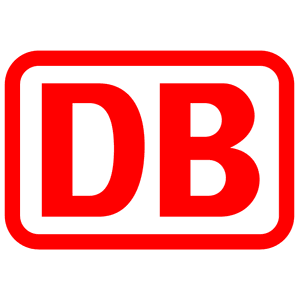 Deutsche Bahn is the national rail operator within Germany and has a great offer of discounted train tickets. There are namely three ticket types which offer the lowest prices: Saver-Ticket, Europa-Spezial and Sparpreis Ticket. Plus, all of these tickets are genuinely easy to find.

Where: Germany and 13 other countries

The German rail carrier Deutsche Bahn has an extremely vast rail network in Europe. So there is no doubt that you will easily find yourself a cheap Deutsche Bahn ticket! The Europa-Spezial tickets can take you from Germany to Italy, Denmark, Sweden, France, Switzerland and many more countries. For instance, you can travel from Hamburg to Copenhagen for €29 in just 4.5 hours starting (with a 45 minute ferry ride included). The best thing about these tickets is that they are often available up until the last minute, so if you plan your routes properly you can really benefit from these discounted train tickets.

Frankfurt to Paris | Berlin to Prague | Munich to Berlin

If you are looking to travel between France and Switzerland, then you can take advantage of the cheap train tickets offered by Lyria. The Non-Flex (that means non-refundable) tickets start at super lower prices but are some of the quickest European train tickets to sell out!

Where: routes between France and Switzerland

The high-speed line between France and Switzerland serves a host of different cities in both countries ( click here for a route map). If you want to secure some Non-Flex discounted tickets then you will have to make sure that you are booking just as ticket sales open. This usually means just after midnight (GMT+1 timezone) but can sometimes be a few hours later. As long as you are booking 90 days in advance, you should stand a fairly good chance of travelling for a quarter of the usual price!

Sorry! No matches were found. Try again or have a look at our categories below.